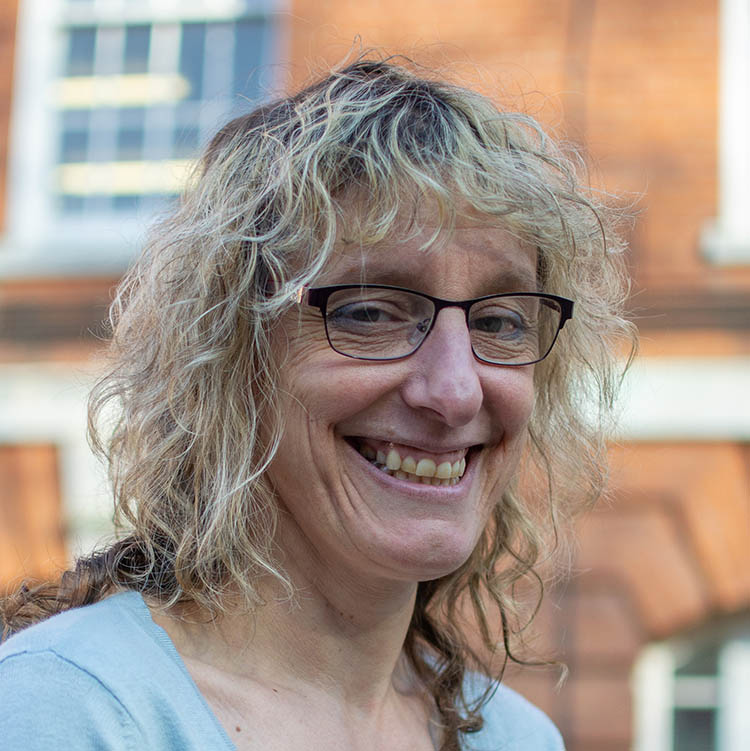 Trudy joined the Medway School of Pharmacy in 2004 as a clinical lecturer and was joint Head of Clinical and Professional Practice for six years. She is currently Director of Taught Graduate Studies. She has been the Pharmacist Programme Lead for the School’s Postgraduate Certificate in Independent and Supplementary Prescribing since 2004 and has edited a book ‘Developing your Prescribing Skills’. Trudy was part of the pharmacy planning team for the Olympics and worked at the Stratford Pharmacy during the games. She is a keen runner, swimmer and cyclist.

After qualifying as a pharmacist in 1988 Trudy combined community pharmacy work with pharmacy education work and being a mum. She worked initially for the Centre for Pharmacy Postgraduate Education and the National Pharmaceutical Association, as well as a number of Kent-based Primary Care Organisations, as a Prescribing Advisor.

Over the last five years Trudy has developed a clinical interest in epilepsy, qualifying as a non-medical prescriber in epilepsy in 2016. She works with the local CCG to carry out annual reviews in which she prescribes for people with epilepsy. She still practices as a locum pharmacist.

Trudy’s research interests were initially to do with physical activity and behaviour change. In 2014 she completed her PhD which investigated whether community pharmacists can use behaviour change counselling to increase the amount of physical activity undertaken by people with mild to moderate depression. This work was initially supported by a Hugh Linsted Award from the Pharmacy Practice Research Trust.

More recently Trudy has started to develop a research interest in epilepsy to run alongside her clinical speciality. She has been working with local health organisations to support pharmacists to deliver medicines use reviews in epilepsy. She obtained a School scholarship and now has a PhD student who is looking at the medicines burden for people with epilepsy.

Trudy has also undertaken work to evaluate pharmacy services including supporting a PhD which looked at the introduction of the Italian Medicines Use Review Service focused on asthma, Trudy has also been involved in a wide range of service evaluations on behalf of NHS trusts, clinical commissioning groups and the regional Health Education England organisation.