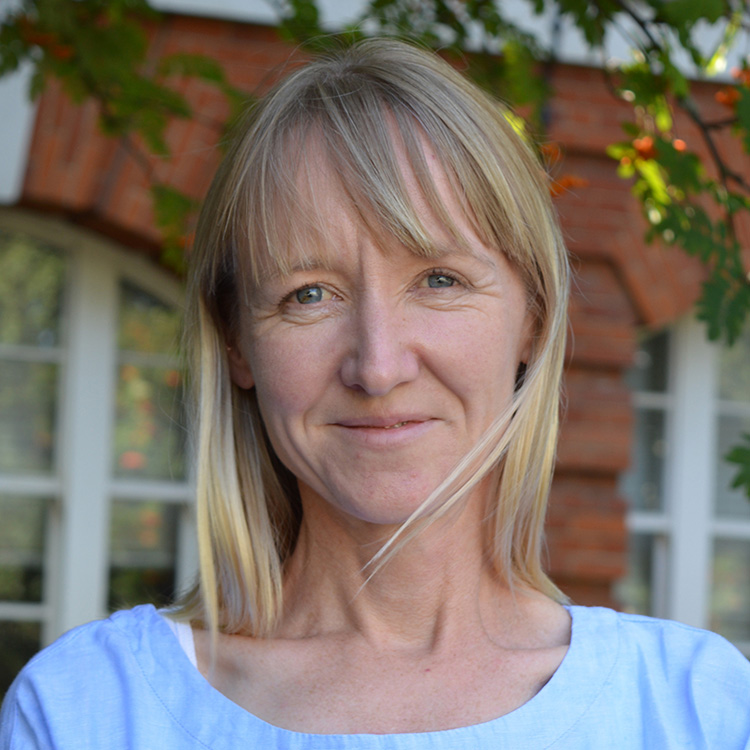 Emma studied biochemistry at Brunel University in West London during which she obtained her first publication. After obtaining her degree she joined Imperial College London as a research technician, working initially in plant research (with the late Dr Gary Warren) as a molecular biologist. Emma then moved into the labs of Professor Brian Robertson and Professor Alistair Mathie as a research assistant, studying the role of mammalian ion channels in neurons, where she combined her molecular biology skills with patch-clamp electrophysiology. In May 2007, she relocated with Professor Mathie to take up her current position as a research associate in the Biological Sciences Group within the Medway School of Pharmacy, where she obtained her PhD by published works.

As well as studying the structural, functional and expression properties of these K2P channels, they have a major interest in investigating the role of K2P’s in a range of diverse physiological and pathophysiological conditions, including depression, pain, KCNK9 imprinting syndrome – Birk Barel and Balkan Endemic Nephropathy, which has led to publications in high impact journals (see publication list for more details). Emma is a joint editor with Professor Alistair Mathie and other colleagues of the Concise Guide to Pharmacology.

A number of the labs research projects are also carried out in collaboration with the pharmaceutical industry (LifeArc, Pfizer, Takeda, Galleon) and academic laboratories in the UK, Austria, Germany, USA and Australia.

Currently, we have a major project investigating the mutations in TASK-3 two pore domain potassium (K2P) channels, responsible for KCNK9 imprinting syndrome. Through clinical collaborators across the world, we are continually informed of new patients with mutations of KCNK9 (TASK-3). About half of these have the same “G236R” mutation as patients originally documented with this syndrome. However, there are now many other mutations identified in different regions of the TASK-3 channel. Two major complications have arisen from this. Firstly, the symptoms displayed by the patients vary quite widely both in their phenotype and in their intensity.

Secondly, some of the mutations do not lead to the same functional alterations in the TASK-3 channel. As such, compounds which activate TASK-3 channels, a suggested therapy for the original patient cohort, may not be efficacious in all patients. At present, together with many colleagues around the world, we are trying to collate the information we have, both in terms of the patients and the properties of the mutated channels, to build as complete a picture as possible of this syndrome, its consequences and its potential treatment. As a direct result of this work, one activator has been adopted in a trial by some patients for use in the treatment of “KCNK9 imprinting syndrome”, a disease resulting from the mutation of the K2P channel, TASK3 (KCNK9, K2P9.1). Because of the diverse physiology of these channels they represent major potential therapeutic targets for current and future research. Emma has developed strong collaborate links with clinicians at the Mayo Clinic, Rochester, MN and Cedars-Sinai Medical centre, Los Angeles, CA. Along with her collaborators, Emma is a moderator of the KCNK9 gene, on the Human Disease Genes Website.

In addition, in the area of K2P channels, we have projects on the role and therapeutic importance of TASK-1 channels in pulmonary hypertension (with Dr Angel Cogolludo and colleagues in Madrid) and, more generally, on the role of infection in pulmonary hypertension as part of an international consortium led by our colleagues Professor Ghazwan Butrous and Professor Sir Magdi Yacoub.

In a separate K2P channel project, we have just begun a formal, funded collaboration with Dr Paul Wright and colleagues at LifeArc Centre for Therapeutics Discovery to investigate novel K2P channel activators for the alleviation of pain.

More recently Emma has extended her research interests into practice-based research to look at the detection of atrial fibrillation (AF) in primary care by clinical pharmacists and the development of novel approaches using AI to improve AF screening and detection, supported, primarily, by Bayer. This project was the recent recipient of a 2019 Healthcare Pioneers award from the Atrial Fibrillation Association and has been shortlisted for Excellence in General Practice Pharmacy award at the 8th edition of the Clinical Pharmacy Congress, taking place on the 7th-8th in June 2019 at ExCeL London. Emma has created strong collaborative links in primary and secondary care and works closely with the cardiologist, Dr Adrian Stewart based at Medway Maritime Hospital.