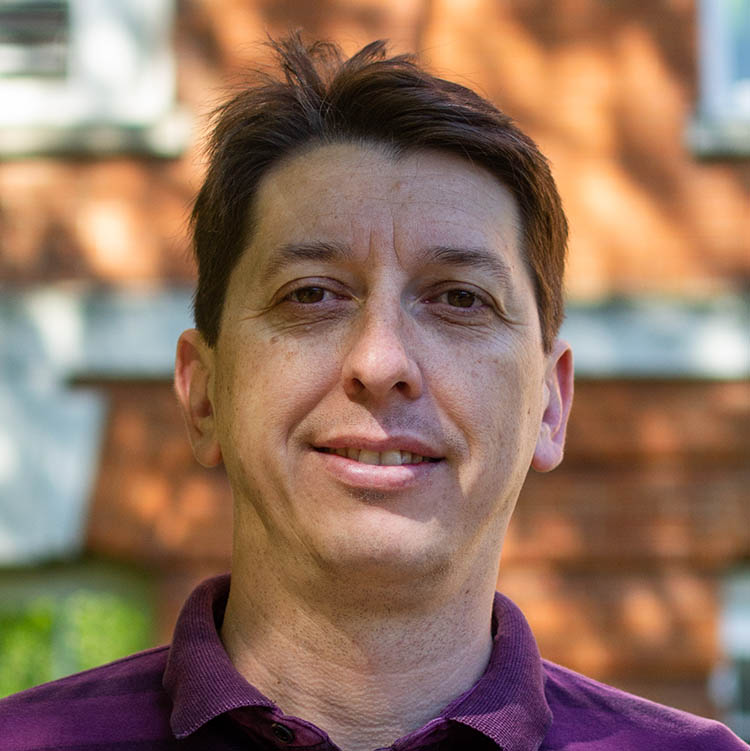 Lecturer in Chemistry and Drug Delivery and Director of Undergraduate Recruitment

Dr Vladimir Gubala obtained his B.Sc. and M.Sc. degrees in organic chemistry from the Slovak University of Technology, Bratislava, in 1999 and 2001 respectively. He then moved to the University of Puerto Rico, Rio Piedras, where in 2006 he received his Ph.D. in chemistry. His research focused on novel nanostructures based on self-assembly of 8-aryl-2′-deoxyguanosine analogues. After a postdoctoral position at the University of Florida, he joined the research team at the Biomedical Diagnostics Institute (BDI) at Dublin City University (DCU) in 2007. He worked at BDI for nearly 5 years, managing a group of scientists working on novel surface chemistry approaches for the design of low cost diagnostics platforms. During this time he remained involved with DCU as an associated faculty member and is currently co-supervising a postgraduate student as part of a Research Frontiers Award received in 2011 from Science Foundation of Ireland. Vladimir has developed a number of collaborations with industrial partners, his publication record exceeds 30 peer reviewed articles, one book chapter and he is listed as a lead inventor on two patents. He started his appointment as a lecturer at the Medway School of Pharmacy in January 2012 and is a member of the NANOVAC consortium.

The main objectives of our research are:

To identify and develop new therapeutic agents for cancer therapy based on cross-linked 2'-deoxyguanosine derivatives and investigation of their ability to induce and stabilize G-quadruplex formation in telomeres. In our group, we’re particularly interested in developing simple diagnostics devices to assess the binding efficiency and the interaction mode of the prepared derivatives with telomeric DNA.

To develop novel multimodal carriers of drugs and contrast agents for targeted delivery and controlled release in target organs based on silica nanoparticles. The specific challenge is to develop small, non-toxic and highly efficient carriers of therapeutics to target brain tumours.

This approach will enable us to access the fundamental understanding of the interactive forces between (i) the drugs which contain nano-systems and the target tissues/cells, (ii) the correlation between the composition and chemistry of the biomaterial, (iii) the reaction kinetics and the efficiency of the therapeutics.